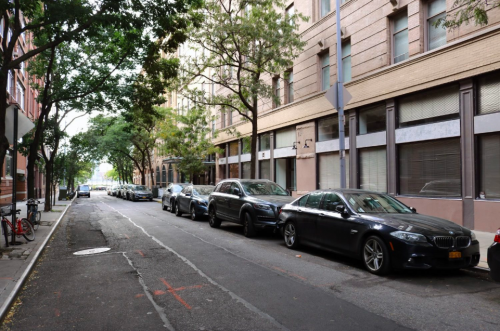 Independent is pleased to announce a fundraising initiative to support the storied New York City art space White Columns, as part of the fair’s celebration of its tenth anniversary in March. Independent will donate a percentage of its ticket sales, both online and at the door, to the non-profit.

White Columns is New York's oldest alternative art space. Founded in 1970 by a group of artists including Jeffrey Lew and Gordon Matta-Clark as an experimental platform for art, it provides support to artists who have yet to benefit from wider critical, curatorial or commercial attention. Now in its 49th year, White Columns recently moved to a new home at 91 Horatio Street where, under the ongoing direction of Matthew Higgs, the organization continues to identify and support both emerging and overlooked voices.

The fundraiser is another way for the fair to further its mission of supporting emerging artists, and to give back to White Columns and Higgs, who has served as both Director of White Columns and a curatorial advisor with Independent, which he helped co-found.

“White Columns has provided an irreplaceable community for artists, providing a home for groundbreaking exhibitions and providing a measure of stability for artists in a city that’s changed so much over the decades,” says Elizabeth Dee, Independent co-founder. “This is one small way we can come together to honor Matthew’s vision, his role in the community with White Columns, and his work in developing the curatorial vision for Independent.”