In 2017, after years of co-owning Wilkinson Gallery, Amanda Wilkinson opened her own eponymous space in central London. At Independent Brussels, she will present works by Derek Jarman and Joan Jonas. We spoke with the gallerist about her longtime involvement with these pioneering artists and the importance of exhibiting their work today. 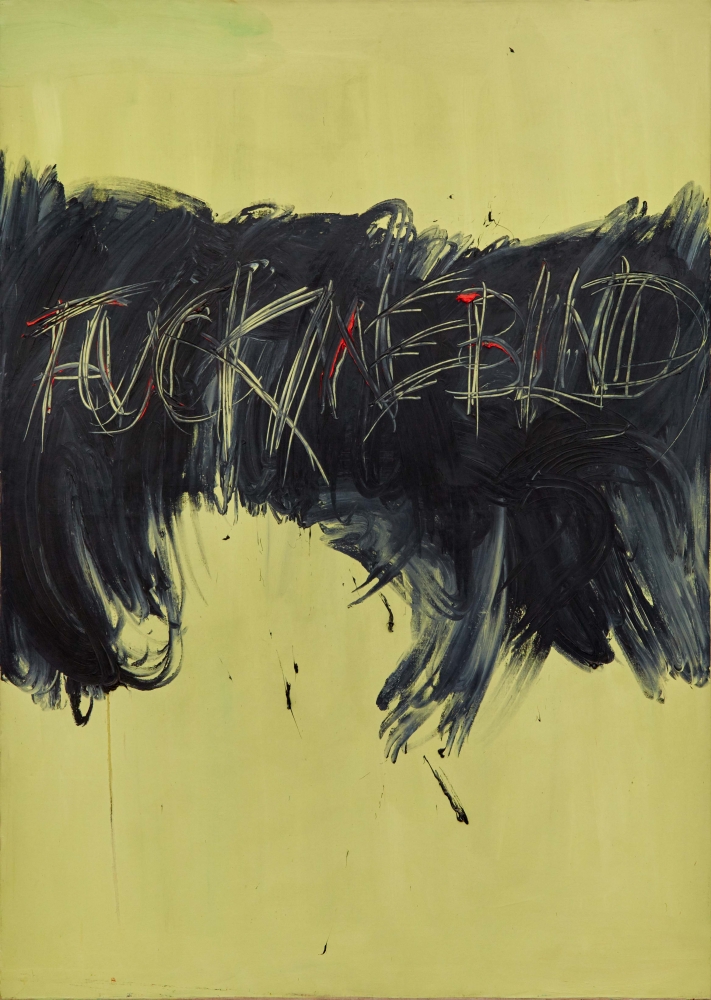 What pieces by Joan Jonas will you present at Independent Brussels?

I will show a tiny theater one of a series of six that Joan made from the late 90s as a way to exhibit video without making a big installation. It’s almost like a Victorian peep box with a miniature video in it. This form of display sets up a very personal connection between the viewer and the video.

Alongside that, I’ll exhibit a dog drawing and a heart drawing. The dog is a figure that she has used since the beginning of her career for instance in the video and performance Organic Honey’s Visual Telepathy made in the early 70s. There will also be a very early performance painting relating to dogs from her Double Lunar Dogs video from the 80s. In other early performances such as Mirage she put a piece of paper on her chest and drew the shape of the heart on it. Now she traces her whole body onto paper. I’ll present four of these drawings, which are quite strange renditions of the body. Joan has developed a very particular visual language throughout her career, and I want to highlight a number of these key elements at Independent.

“I actually don’t represent any artists that deal solely with formal qualities. It's important to me that the work has a real engagement with the world.”
—Amanda Wilkinson

What works by Derek Jarman will you present at Independent Brussels?

I'm showing the first film that he ever made. We thought this work from 1971 was lost, but it was found recently, so it’s very exciting to be able to show it in collaboration with his producer James Mackay. It has only been screened a few times, but it has never been presented in the context of an exhibition. The film is about five minutes long. It was made when he was living in his warehouse apartment, this very raw loft where a lot of parties and crazy things happened. At that time, he was close to the artist and all-round provocateur Andrew Logan, and together they created the alternative Miss World. They would dress up in this really crazy way, trying to break all rules and boundaries. The film stars a character called Electric Fairy who wears green lipstick and glittery clothing. He is silent, but he has headphones on, and he's sort of moving seductively to the music whilst playing with a caterpillar. Then he does a striptease. And then - well, I shouldn't tell you the end because it's a surprise, but it has a curious ending. I spoke to Andrew Logan about it, and he discussed this sense of picking up the camera and mucking around and improvising in front of it. There is that magic that comes with the immediacy of making a moving image.

Then, I will present a painting from his series of his small Black Paintings from 1988. These were done around the same time that he bought Prospect Cottage where he created an amazing garden. Horticulturalists think that he's a genius for creating a garden on a stretch of shingle. He started to make a film based on that landscape and the life of Christ from a queer perspective. He also made these paintings, or more like assemblages, using things that he dragged up from the beach.

I will also show one of his massive paintings from 1993, the year before he died of AIDS, has a big expressionistic mark with the words “fuck me blind” scrawled within the black gooey paint.

At that particular moment, making paintings was very important for him. He found that it was the best way to express his anger about his illness and the attitude towards the queer community. There were all sorts of horrific headlines in the newspapers that demonized gay men for spreading AIDS. In the late 80s, Margaret Thatcher passed Section 28 that banned the promotion of homosexuality. Against these restrictions, he became a forceful political activist. He participated in demonstrations and went on TV to talk openly and at length about having AIDS. The saddest part is that if he had just lived a bit longer, all the medication came out in the mid-90s.

Could you talk more about your involvement with Derek Jarmon's estate and how you became interested in his work?

I discovered him when I saw Jubilee. I thought it was one of the most extraordinary films I had ever seen. Then, years later I rented a house on Dungeness near Prospect Cottage. I fell in love with this weird place. It’s classified as the only desert in Europe, and it has a nuclear power station on it, so it's a strange post-apocalyptic landscape; it’s very overwhelming. When I was there I read all of the wonderful diaries that Jarman wrote, and I became extremely engrossed. In his diaries, I discovered that he was a prolific painter. So, I contacted his partner Keith Collins. One thing led to another, and we did a show of Jarman’s paintings at Wilkinson. I talked to Keith a lot and visited Prospect Cottage, which he kept as though Jarman had just walked out. I asked him every detail about how the paintings were made and the stories about Jarman’s relationship with Tilda Swinton and the other people involved in his films. I also spoke with as many people who knew him as possible. Tragically, Keith, who was only 54, died recently. But I'm still continuing to work with the estate. Jarman is a truly fascinating person, a larger than life character with such a unique vision.

How did you begin working with Joan Jonas?

In the late 90s, I set up a video project space. It was just a little room in a cellar with an old-fashioned TV on a plinth and a VHS cassette. I had decided that I wanted to trace the history of video art by playing a video every week and writing an accompanying text. I went to visit an artist called Ian Breakwell, an important figure in early British conceptual art, because he was very involved in the London film co-operative, and he said: “you need to include Joan Jonas”. Her work hadn’t been seen much at the time, and nobody really knew who she was, certainly not in London in my circle. I remember going to see her for the first time in her studio in New York, and I've never been so nervous! I remember going up in the lift thinking "oh boy, why would she consider showing in my tiny little gallery?" But she did, and we worked together on various shows ever since.

Could you talk more about Joan Jonas’s interest in animals and nature? Non-human agency and the Anthropocene have become important issues in contemporary art.

Absolutely, yes. I’ve already discussed the importance of dogs in her work, and I think the dog expresses a wider connection to nature. While working on her Volcano Saga series in the 80s, she went to Iceland and felt a strong emotional connection with the landscape there. She began to think about the landscape as another being that is alive, active and on the same level as a human. She has also recently worked in Jamaica with some of the best marine biologists. She went snorkeling and captured on film these extraordinarily beautiful shots of fish and other creatures living under the sea. This project culminated in a recent performance she did about the destruction of the planet. The ecology and animal companionship are central topics in contemporary art, but really her work preceded all of this.

What relevance do you think Jarman and Jonas have today?

In addition to her works dealing with nature and animals, I believe Joan’s performance paintings have been highly influential for a younger generation of artists. I recently did an exhibition with the collective Young Girl Reading Group. They film themselves with a phone while they read important texts that have been forgotten. This reminded me of the moment when Joan purchased the first Sony video camera from Japan, and there was this excitement about being able to make a film so freely. The parallels with the so-called YouTube generation are interesting, and I think that Young Girl Reading Group was playing with that.

I think that Derek Jarman’s engagement with queer politics has great relevance today. When I showed his paintings a couple of weeks ago, a number of people came up to say, “thank you for doing this, it means so much”. They have gotten quite an emotional response, so it seems that they still have a definitive voice.

When I studied art back in the 80s, Clement Greenberg was always pitched against the social history of art. There was this whole idea of MOMA and modernism being very male-dominated, and that was my first introduction to contemporary art theory. I reacted against that from the beginning. I actually don’t represent any artists that deal solely with formal qualities. It's important to me that the work has a real engagement with the world.