Founded in 1979 by Frank Maresca and Roger Ricco,  Ricco/Maresca Gallery specializes in Outsider, self-taught, and folk art. For its inaugural presentation at Independent, the gallery will pair the work of two artists working outside of the mainstream, who each created highly stylized, captivating bodies of work: Martín Ramírez (1895-1963) and Leopold Strobl (b. 1960).

Born in Mexico, Ramírez illegally crossed the border into California in 1925; eventually diagnosed with schizophrenia, he spent the rest of his life in a psychiatric institution, where he discovered art. Austrian artist Strobl has been a part of the Open Studio program at the Gugging House of Artists in Vienna, a preeminent workshop for the creation of “art brut” in Europe, for over a decade. The gallery’s presentation at Independent will feature a selection of landscapes on paper by each artist that highlights their distinctive approaches to similar subject matter. We spoke with Maresca about the complex history of “Outsider art” and its path to institutional recognition. 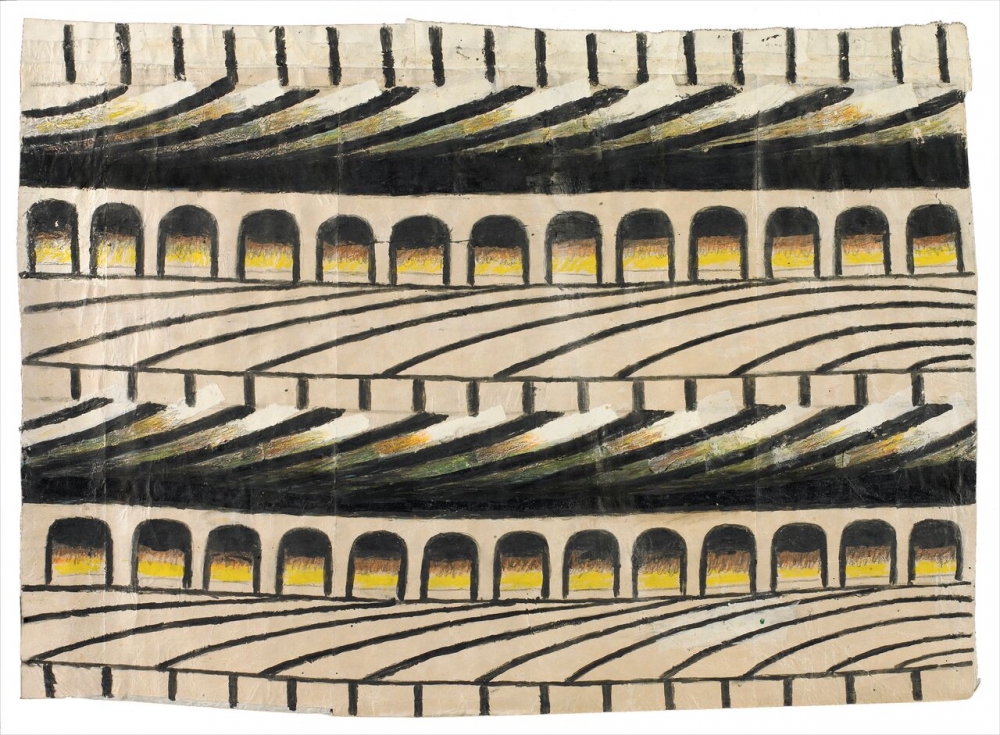 How did you and co-founder Roger Ricco become interested in Outsider art? What was the original impetus to start the gallery with this particular focus?
My former partner, Roger Ricco, was a conservator of primitive and tribal art. I was a photographer and a collector of African-American art. I came to Roger with a work that needed conservation and subsequently our paths kept overlapping; it seemed that we were always running into each other—whether at an art fair or an auction, we were repeatedly in the same place at the same time. We both had a love for art that was produced outside of the academy—which at the time fell under the categories of Tribal, Folk, or Self-Taught art. The two latter categories have fallen under the blanket label “Outsider Art.”

The original impetus was really the pursuit to get as close “to the bone” as possible and away from that which is commercially driven. We wanted to explore non-academic art and it seemed that there was important work to be done with regard to the research and dissemination of knowledge linking Self-Taught, Outsider, and Folk art to the broader art world. Ultimately, to distill things down, the gallery started and continues to be about the crossover of those three categories into the contemporary and modern arenas. 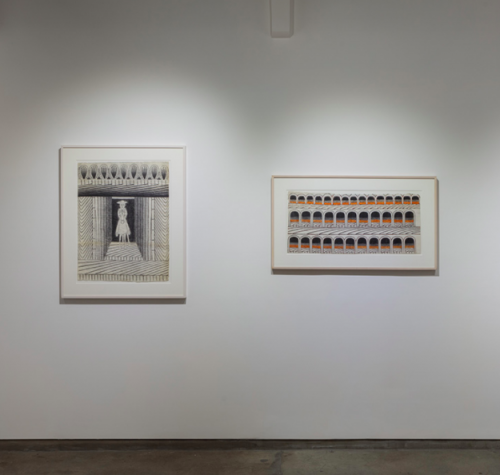 In the decades since the gallery first opened, how have attitudes towards Outsider art changed? Are there stereotypes about this category that the gallery has worked to correct or push back on in its exhibitions and publications?
Yes: typically, work that has been produced outside of the academy (Folk, Self-Taught, and Outsider) has been thought of as something other than fine art. In many ways this is not terribly different from where photography was less than 40 years ago: appreciated as something that complemented and often served as inspiration for the fine or academic artist.

Things started to change significantly—if not radically—with MoMA’s 1932 show American Folk Art: The Art of the Common Man in America, 1750-1900, which was the start of a change that’s still going on. The right people came together at the right moment: Alfred Barr (the museum’s visionary director), Holger Cahill (director of exhibitions), and people like Nelson Rockefeller, John Hay Whitney, and William Aldrich as board trustees.

Another inflection point came fifty years later, in 1982, when the Corcoran Gallery of Art (Washington D.C.) mounted a show titled Black Folk Art in America, 1930-1980. On the cover of the catalogue appeared an image of a coiled snake by an artist that almost nobody had heard of at the time—his name was Bill Traylor. Today, MoMA has in its collection 32 works by the artist, the first of which was sold by Ricco/Maresca Gallery about 23 years ago. At the time, Margit Rowell was chief curator of drawings at MoMA and she had just come from her post at the Centre Georges Pompidou and her landmark Brâncuși show. A Saturday afternoon visit to the gallery by Margit (and her subsequent introduction to the work of Bill Traylor) helped move things forward. A year or so later, that visit resulted in Margit writing the introduction to our second sculpture book American Vernacular.

“Labels serve a purpose for sure, but they’re better suited to supermarkets rather than museums and galleries.”
–Frank Maresca, on the categorization of "Outsider Art"

Do you feel like the category of "Outsider Art” is a useful one? Is there a good reason to think about Outsider artists as a distinct category of artistic practice, separate from the “modern” and “contemporary” art in general, or is that separation a reflection of art-historical biases?
The categorization of Self-Taught and Outsider Art is only useful in that collectors seem to need a certain specificity. Labels serve a purpose for sure, but they’re better suited to supermarkets rather than museums and galleries. If you go to a supermarket and you pick a can off the shelf that has a label reading “green beans,” you don’t want to take it home and find that it’s filled with carrots. In the case of art, you’re buying visual data; you’re taking home something that is conveying new information and that has the capability of taking you on a voyage—it might be a short trip or a life-changing journey. For us, this is the thing that defines art—or at least art that is effective regardless of where it came from. Bad art, as far as I’m concerned, is art that doesn’t have the capability of doing that.

To that end, I don’t make any distinction between academic and non-academic art (“high” and “low,” as they’re sometimes described). There have been museum exhibitions where academic and non-academic art were placed together: "Primitivism" in 20th Century Art: Affinity of the Tribal and Modern at MoMA (1984) and Parallel Visions: Modern Artists and Outsider Art, at the Los Angeles County Museum of Art (1992), or the show that just opened at the National Gallery of Art in Washington D.C. (Outliers and American Vanguard Art, curated by Lynne Cooke). All the non-academic works in those three shows did (and do) more than hold their own with their academic counterparts.


For Independent, you'll be bringing works by Martín Ramírez and Leopold Strobl, artists of different generations and geographical/cultural backgrounds who have both primarily worked within the context of psychiatric institutions. How did you decide to bring these artists together?
It all came about over a discussion that I had with Matthew Higgs [Independent’s founding curatorial advisor], who has a deep knowledge and a long history with the work of Martín Ramírez and a far newer visual relationship with Leopold Strobl. Clearly the California/Mexican background and institutionalization of Ramírez is quite different from the work of Austrian native Strobl, who is currently making art in Austria’s Galerie Gugging atelier program—an offshoot of the “Gugging House of Artists,” which dates back to 1954, when psychiatrist Leo Navratil administered diagnostic drawing tests to his patients at the Maria Gugging Psychiatric Clinic, unexpectedly discovering artistically talented individuals in his ward. Yet, both artists have produced bodies of work that explore the abstracted landscape, and that visual relationship is what we will be exploring.


The works that you'll be bringing by both artists can all be described as landscapes, but the artists adopt quite different formal approaches. What kind of relationship do you see between their works?
At the core, the approach is the same as it would be by any artist who has something new to say; anyone who has tried to find a visual language for something that has never been seen before. However, both artists are operating within the isolation of the mind, or their own internal landscapes, and that’s what gives each body of work a very particular scale and inflection. The ways in which Ramírez and Strobl approach their subject matter a re in many ways opposite—Ramírez tends to be expansive, Strobl is always partial and confined to a very small pictorial space, looking at things as if through a keyhole. Both visions are, however, equally compelling in their extreme distortion of space.