Artist William N. Copley (1919-1996) is best known for ribald figurative paintings that approached postwar American vernacular culture with a Surrealist eye. But Copley, who worked under the name CPLY, was also a gallerist, a collector, and a patron of the cluster of European Surrealist emigres who landed in post-war Los Angeles. For this year’s Independent, the New York-based gallery Alden Projects™ will present an archival presentation devoted to a lesser-known facet of Copley’s multivalent career: his work as a publisher.

Orphaned as an infant, the artist was adopted in 1921 by the wealthy newspaper tycoon (and former Illinois congressman) Ira Copley and his wife Edith. After stints at Yale and in the army, Copley joined the family business, working as a reporter for the San Diego Tribune. Through his brother-in-law John Ployardt, an animator at Walt Disney Studios, Copley became acquainted with Man Ray, who in turn introduced him to Marcel Duchamp in the late 1940s. Copley would ultimately become one of Duchamp’s closest friends and confidantes: he was among the few people Duchamp allowed into his studio to view his last masterpiece, "Étant Données," in progress, and later oversaw its donation to the Philadelphia Museum of Art.

After his father’s death in 1947, Copley left the paper, and devoted himself to artistic pursuits: he began painting more seriously and used some of his inheritance to open a Surrealist-focused gallery in Los Angeles with Ployardt, where they exhibited the work of Rene Magritte, Joseph Cornell, Max Ernst, Man Ray, Matta, and Yves Tanguy. The gallery was financially disastrous, but Copley had promised the artists sales of at least 10% of each exhibition; rarely able to find buyers, he wound up purchasing the works himself, in the process forming one of the most significant private collections of Surrealist art. 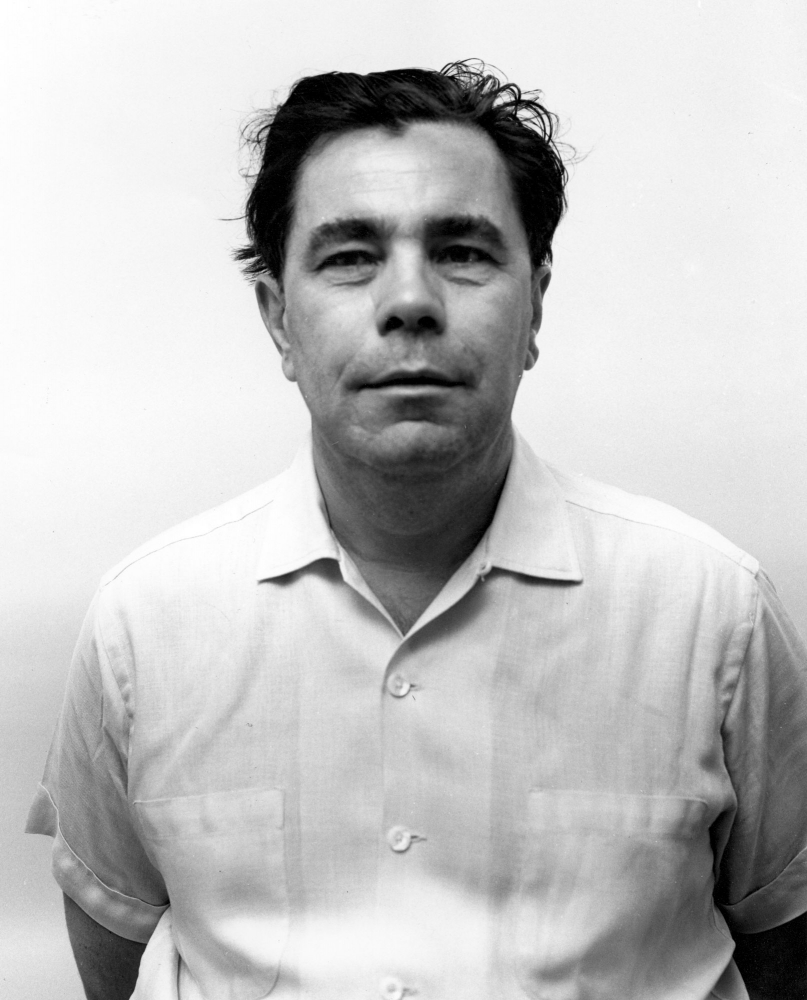 Portrait of William N. Copley, circa 1960.
Courtesy of Alden Projects™

While the gallery was short-lived (it closed after only six months), Copley continued to promote and support the work of other artists alongside his own painting practice. In 1968, Copley founded The Letter Edged in Black Press and created the innovative magazine-in-a-box SMS (“Shit Must Stop”), mailing subscribers a bimonthly folio of editioned artworks. Inspired by Duchamp’s Boite-en-Valise, Copley collaborated with over 60 artists on editions for SMS’s six issues. The artists represented a diverse cross-section of post-war artistic practice, ranging from Surrealist legends to then-emerging Conceptual and Minimalist artists: contributors included Man Ray, Duchamp, Meret Oppenheim, Bruce Conner, Roy Lichtenstein, James Lee Byars, Bruce Nauman, John Cage, Yoko Ono, and Lee Lozano, among many others. According to Alden Projects™ founder Todd Alden, SMS was “a response to the historical and political conditions of its moment, as well as the commercial conditions of the art world, giving artists the freedom to create editions that would be more democratically accessible.” For Alden, one of Copley’s great achievements with SMS is “the initiation of the artist-as-publisher model,” a current that would proliferate with the rise of conceptual art in the ‘60s and ‘70s

On Kawara’s project with the Letter Edged in Black Press, "I Got Up," 1968.
Copyright William N. Copley Estate. Courtesy of Alden Projects™

The Alden Projects™ program reflects an “interest in the in-between things, the materials and ephemera that fall through the cracks of art history” 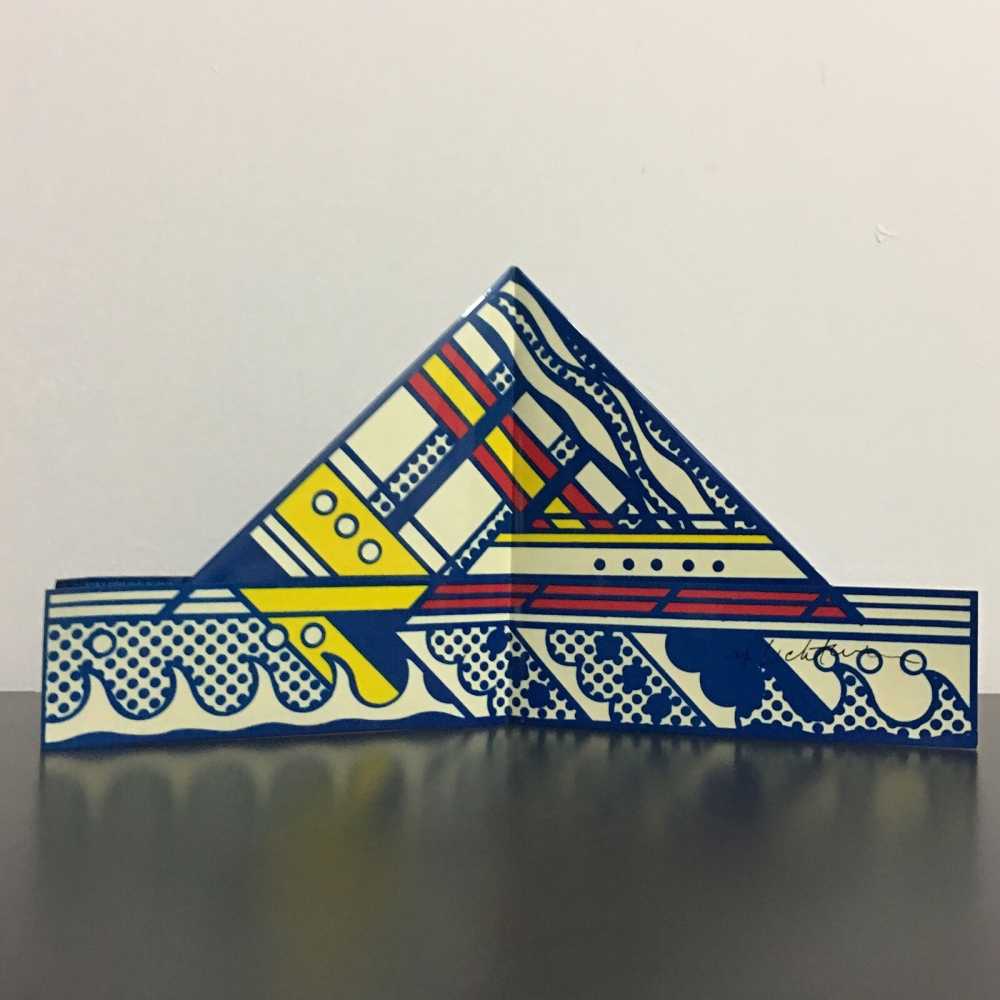 Alden Projects™ recently began working with Copley’s estate as the exclusive representative of projects related to Letter Edged in Black Press. The gallery’s Independent presentation will include a range of materials related to the press’s history and activities: alongside editions and artworks from SMS—highlights include the surplus edition of a 45rpm record by Marcel Duchamp, printed during the artist’s lifetime as a black-and-white roto-relief. Alden Projects™ will also present a selection of never-exhibited letters, maquettes, and unique artworks from the Copley archive by artists including On Kawara and Roy Lichtenstein, which attest to his close collaboration with artists in producing editions for SMS.

For Alden, working with Copley’s Letter Edged in Black Press is a natural fit for the Alden Projects™, which is similarly interested in “bypassing the conventions of art institutions.” Guided by what Alden describes as an “archival impulse,” the Alden Projects™ program reflects an “interest in the in-between things, the materials and ephemera that fall through the cracks of art history”: past exhibitions at the gallery have been devoted to subjects such as exhibition posters produced by the iconic Ferus Gallery, Marcel Broodthaers’ publicity materials, Jenny Holzer’s street posters of the late ‘70s and early ‘80s, and Eleanor Antin’s 1971-73 postcard project 100 Boots. Alden’s interest, he says, is in “fleshing out the supplements, which are often every bit as interesting as what’s considered the artist’s ‘actual’ work—bringing them into the foreground and placing a frame around them so they can really be seen.”