Night Gallery was founded in Los Angeles in 2010 by artist Davida Nemeroff, a recent transplant to the city who had just finished her MFA at Columbia. The gallery’s name reflected its unusual hours of operation: 10 pm to 2 am. We spoke with Nemeroff about the gallery’s DIY origins, transitioning to more conventional hours, and her artist-driven approach to the gallery’s program. 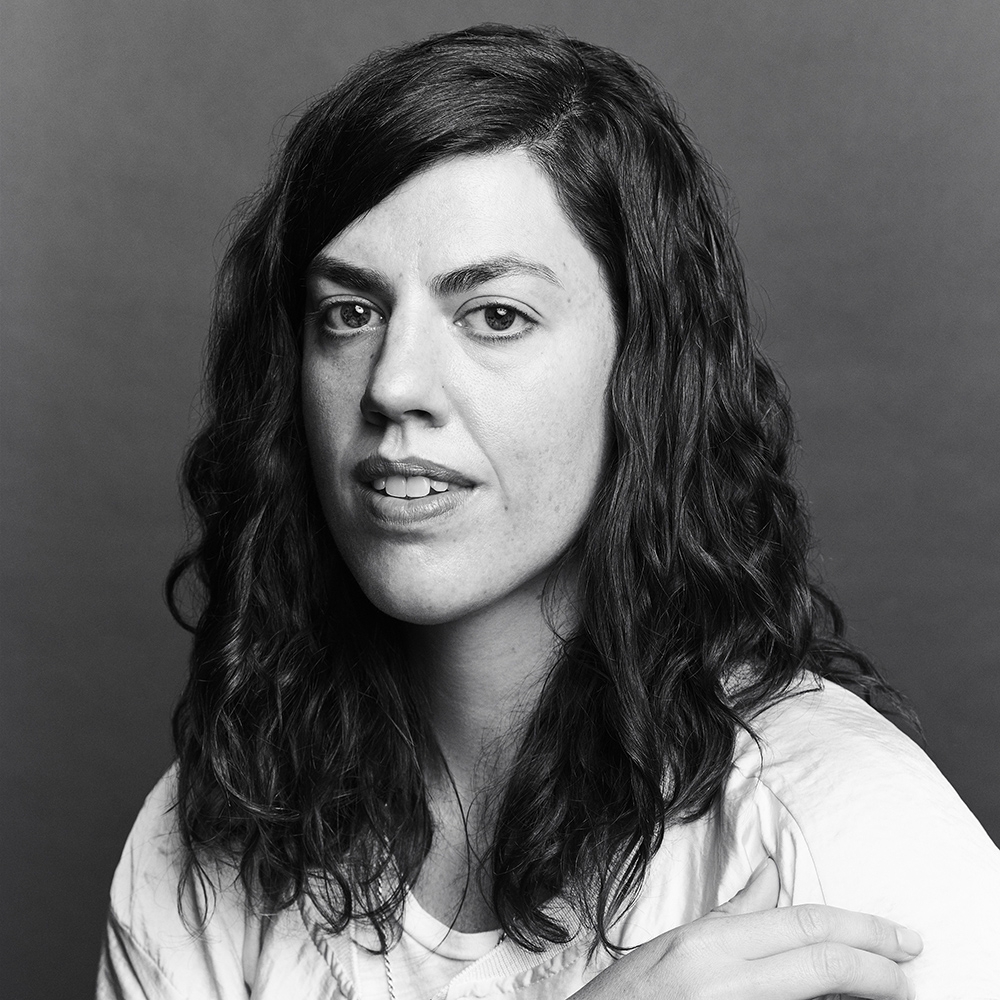 The gallery originally opened in a strip-mall space and, in its early years, was only open at night. What was the experience of running a nocturnal gallery? Is there something different about experiencing art at, say, midnight than in the middle of the afternoon?
The gallery was opened in a space where, first and foremost, the landlord didn’t care what I was gonna do. I paid in cash and started painting the walls black. Without knowing it, but certainly vibing it, the gallery opened in a neighborhood surrounded by artists’ studios, which was great as it allowed for the space to become a post-studio, late-night conversation spot—which is what I was missing, having moved to a new city.

The gallery was mostly a social space that was very supportive to the artists involved. It was in many ways inclusive: the only caveats were that you had to come find us at night and you couldn’t be allergic to second-hand smoke.

I certainly think seeing art at night, and in the dark, created a different perspective. Less inhibitions, less guarded… I often got criticized for how dark it was, but at that time I was really making a space for the immediate audience, the artists involved.

“More than anything else, I just wanted a social space where artists could come together in an informal way.”
–Davida Nemeroff, founder of Night Gallery

What stands out as the most memorable experience during the gallery’s early years?
I have a lot of, shall I say, “fuzzy” memories…but the best memories I have all have to do with the installations of the shows, most of which happened during the day. Hauling carpets, garbage, furniture into the space. I love installing with the artists, even to this day.

You've since moved into a much larger space and adopted regular hours of operation. How has that changed the gallery's approach or atmosphere? Do you try to maintain some of the DIY or punk spirit that characterized the gallery’s early days in its current iteration, or was there a natural process of maturing and professionalizing?
I am always trying to shake the DIY/punk spirit so that we will be taken more seriously, but it’s hard to shake…because it is the spirit of the gallery. Actually, the spirit of the gallery is support. I make a serious effort to support our artists, the staff, and even the larger community of artists in LA.

You opened the gallery shortly after completing your MFA at Columbia: what made you want to open a gallery alongside your work as an artist? Do you feel like your background as an artist allows you to better serve the artists you represent?
I ended up in LA very soon after graduating. I moved to LA without ever having been here, and LA ended up being very different than I imagined. Opening a space wasn’t the first thing I thought of, but it didn’t take long for me to get there. More than anything else I just wanted a social space where artists could come together in an informal way. People were very responsive to it—it seemed like something the city had been missing. And certainly my own background as an artist made the whole venture feel exploratory and exciting for me. My two emphases at the beginning were creative and social. We put on some wild shows there.

A number of the artists you work with are also former Columbia classmates: did the impetus to start the gallery come out of a desire to highlight the work of friends and peers?
I do feel that my Columbia classmates were miraculously special, and a lot of their work really fits together—or at the very least, their very different perspectives are all somehow amenable to this same space. I think the fact that we had such close relationships set a tone here. For one thing, it was consistent with the social mood that we wanted to set, and I think it imbued everything that we did—and still do today—with this sense of the personal. That’s a point of pride for us.

One of your current exhibitions is a solo show by Mira Dancy (also a Columbia MFA grad) who was also included in the gallery's first show. How did you come to the decision to exhibit her work in the debut exhibition for the gallery?
The first show at the gallery, titled Private Life, was a group show that included Mira Dancy, Paul Heyer, and Anna Rosen, all of whom I have continued to work with. It is true that Mira is central to this gallery’s identity—I have always been in awe of her output. She was one of the first artists I really wanted to represent. She’s a very close friend, and it’s been amazing that our careers have been able to grow in step with one another. Her work has really evolved, too; you can definitely see continuity between her first show and her current show, High Hell, but also so much growth. She’s unlike any other. She even came up with the name Night Gallery.


For your Independent presentation, you're bringing works by painter Christine Wang.
How long has the gallery been working with her? What first drew you to her work?
Christine first showed work with the gallery in 2012, and has been part of both group and solo exhibitions here since then. She’s worked in a lot of different styles—she’s something of a virtuoso in terms of her craft—but the constant in all her work is a really high level of emotional intensity and political charge. Sometimes that’s expressed through humor and sometimes through more blunt outrage, and often it’s both at the same time, but that’s always there in a very explicit way.

The centerpiece of your presentation will be the painting "Spider Painting," which offers a pointed critique of the celebratory posturing of a lot of aestheticized artistic activism. Do you feel like this work is particularly relevant right now? How does this painting fit within her body of work more broadly?
The painting was made in 2015 but, if anything, its meaning is amplified in 2018. The whole country, not just the art world, has moved into this ultra-politicized way of thinking and speaking, for obvious reasons. In a lot of ways that’s a really good thing—it’s giving rise to a lot of important and necessary change—but at worst it brings out this very cynical, disingenuous way of performing righteousness. Christine always implicates herself in her work and presents these as open questions, which I think is a constructive way of dealing with this; it’s not just calling out others but interrogating how the art world can participate in political change, or if it even can.