Berlin-based Supportico Lopez has recently closed their gallery space in order to organize projects around the Archivio Conz, which includes the documents, avant-garde artworks, and fetishist objects produced and amassed by fanatical collector Francesco Conz (1935 – 2010). We spoke with Supportico Lopez founders Gigiotto Del Vecchio and Stefania Palumbo about the evolution of the gallery, the history of Archivio Conz, and the necessity of rediscovering old models to find new ways to inhabit the market-driven contemporary art world. 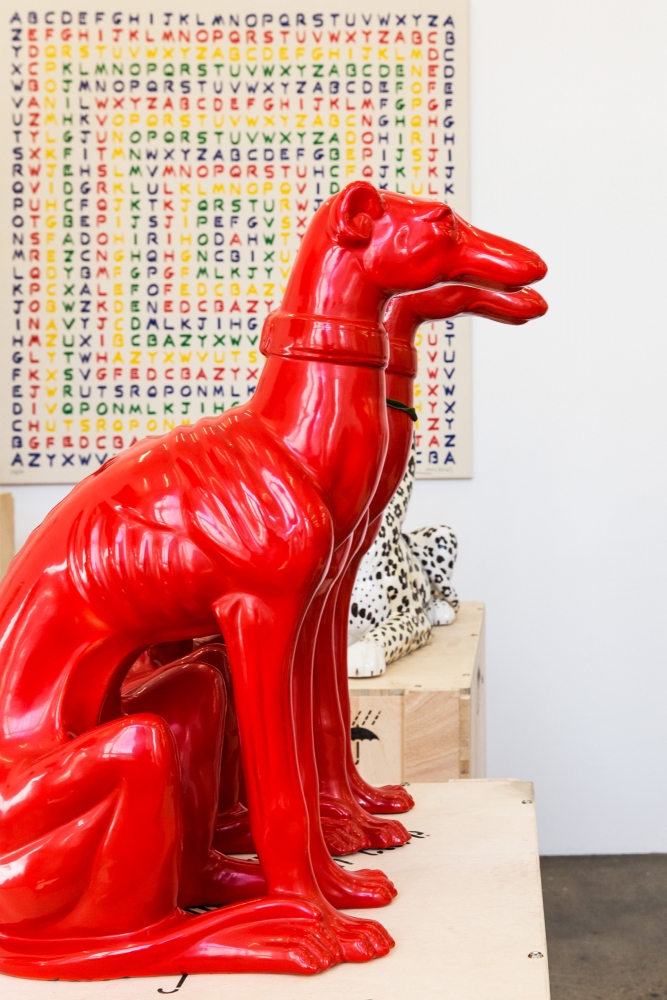 How did you originally decide to open a gallery?
GDV: I opened Supportico Lopez in Naples in 2003. But it wasn’t a gallery; it was an off space. I founded it with two artists in our apartment because we wanted to introduce more international artists to Napoli and to create a dialogue with the strong personality of the city. It felt necessary to me at the time because I was working as a curator, and there weren’t many opportunities to do the kinds of projects that I wanted at institutions. The only way to do so was to open my own space.

Why did you decide to move to Berlin?
SP: When we moved to Berlin in 2008 we had no plans to open a commercial gallery. At the time, the cost of living was really inexpensive, and there was this amazing scene of artists, curators, and musicians; it offered a lot of potential to try out different things. So, we opened a space in a basement in Kreuzberg. Our first exhibition was by David Wojnarowicz. We chose him because we wanted to show that we were not a commercial gallery. As the program evolved we somehow started to represent artists and do art fairs, and then we moved into a new space where it became more of a gallery.

At the end of June, we decided to close the space. We needed a break and we were offered the opportunity to direct and represent the Archivio Conz. We wanted to get back to our curatorial roots. At Independent Brussels, we will present some works from the Archivio more as an exhibition than as an art fair booth. But of course, we will have works for sale.

“I think all of us are in the art world because we love it; it’s a way of life, and a state of mind, and we don’t want it to disappear.”
—Gigiotto Del Vecchio, Founder, Supportico Lopez

Could you explain more about the Archivio Conz and what you will show at Independent Brussels?
SP: The Archivio Conz is this amazing collection of works from the 1970s up until the 2000s that Francesco Conz, an Italian collector, put together throughout the course of his life. His collection is focused on Fluxus, concrete poetry, Lettrism, and other avant-garde movements of his time. At Independent Brussels, we will show a selection of the beautiful multiples that Francesco started producing in the 70s called Edizioni Conz. He collaborated with about 60 different artists, and he produced around 400 different editions. I think he originally wanted to sell the editions, but because he was kind of obsessive, it seems he couldn’t let them go.

GDV: More specifically, we will select works from the Edizioni Conz that relate to sound and music. Many of the included artists explored music as an alternative language.

Could you talk more about Conz’s collaborations?
SP: Francesco started out collecting things from the beginning of the century, but he wasn’t having fun because he couldn’t actively participate. Then, in 1974 he met Joe Jones in Berlin. Soon after, he went to New York and met a number of the Fluxus artists. This was just what he was looking for because, as you know, Fluxus is all about sharing and participation. Right after that, he started inviting the New York Fluxus artists and the French Concrete Poets to stay at his house and make artworks. Sometime at the end of the 80s or early 90s, he moved to a house in the countryside outside of Verona and that’s where he founded what he called the Secret Museum. Artists came to stay in the house and produce works there. The house became a kind of wunderkammer full of all the works that were produced along with fetish objects and ephemera. For example, we have a big closet inscribed with the signatures and notes that the artists left as memories of their visit to the house.

GDV: I think it’s very important to mention that Francesco Conz was a very different kind of collector. For him, it was more about the collaborative experience than the objects. He spent an enormous amount of time working and talking with the artists. It was a perfect example of blending art and life.

Do you think it still possible to be an avant-garde artist today? If it is, what does that mean to you and how does it differ from the avant-garde movements in which Conz was involved?
SP: Well, we need to believe that it is possible because otherwise what’s the point, right? We think the art world today needs some kind of change. The Archivio Conz is very interesting to us at the moment because the current system of art is so much about the market. We didn’t start Supportico Lopez as a commercial space. When we found ourselves becoming more and more market-oriented, we started to feel uncomfortable. We are very lucky that the Archivio became available to us because it offers so many beautiful possibilities that we want to explore, and we are devoting all of our time to it because we believe that it can open up a different point of view. We feel that we need to rediscover the energy that was around those avant-garde movements. Of course, times are different now, but the artworks in the archive provide an interesting approach. The editions, for example, were meant to be very democratic and accessible.

GDV: I think more or less everyone except the huge galleries feels uncomfortable right now. You can totally feel it, and you can also see it in the art that the galleries show. It’s all more or less one thing – painting, paintings, painting, - and there is less and less curiosity. I think all of us are in the art world because we love it; it’s a way of life, and a state of mind, and we don’t want it to disappear. It’s not that the avant-garde movements were opposed to the explosion of the market in the 60s, but they did offer an alternative. So, the Archivio Conz has really taught us that we have to imagine new possibilities.

As you have said, many of the artworks in the Archivio concern the fusion of art and life. How have you attempted to revitalize these works?
SP: When we began working with the Archivio in September 2017, we started a program of public events in collaboration with the Berlin-based project Performance Agency. Together, we organized a series of performances which, although not directly related to the works in the Archivio, attempted to reactivate their energy. We also organized this fantastic boat ride on which Ed Atkins read “Between Two Points”, a 1975 text that Geoffrey Hendricks wrote about a trip he took from the States to Francesco’s place in Asolo.

GDV: The boat ride was really magical. It went along the canals and the river, these industrial areas of Berlin where you don’t usually go. On the journey, Ed Atkins read the text in his extraordinary voice while the musician Günther Schickert, played unusual instruments, some made out of shells. Throughout the ride, artists such as Juliette Blightman, Stephanie Comilang, Jessie Holmes, Tarren Johnson, Xavier Mazzarol, Reto Pulfer, and others performed on the docks, so you had these strange visions all along the way.

What are your future projects involving the Archivio Conz?
SP: We will continue the public events in Berlin. We really believe there is a need for them. We would also like to explore the musical side of the Archivio. Of course, experimental music is an important part of the Fluxus spirit and is also extremely important in Berlin. The archives include a collection of more than 65 pianos, each altered by a different artist. For example, Allan Kaprow replaced the inside of a piano with old telephones, so when you touch the keys, the telephones ring. Another artist, Claude Gilli, put live snails in a piano. We will also host a seminar and invite students and scholars to conduct research in the archives. The Archivio Conz is so incredibly rich, and we want to take advantage of every possibility it offers. We want these objects to breathe, to come alive again in new ways.