For this edition of Independent New York, first-time exhibitor Franklin Parrasch Gallery will present works by John Altoon, Ken Price, and Mark Gonzalez. The three artists are emblematic of the gallerist’s interest in the migration of ideas and aesthetic development as expressed by a wide range of artists, many of whom have connections to Los Angeles. In the early 1960s, Altoon, based in Los Angeles, developed a form of surreal abstraction, with anthropomorphic and zoomorphic figures engaging in psychosexual scenarios. Price, a friend and colleague of Altoon's, shaped sinuous, jewel-like ceramics occupying the delicate liminal space between the elegant and obscene. Working a few decades later, the Los Angeles-born, New York-based Gonzalez—a professional skateboarder since the early '80s—draws on aspects of skate culture and aesthetics in his work, which includes drawing, painting, sculpture, performance, and poetry.

Here, Parrasch reflects on how the art world has changed since he opened his gallery three decades ago. 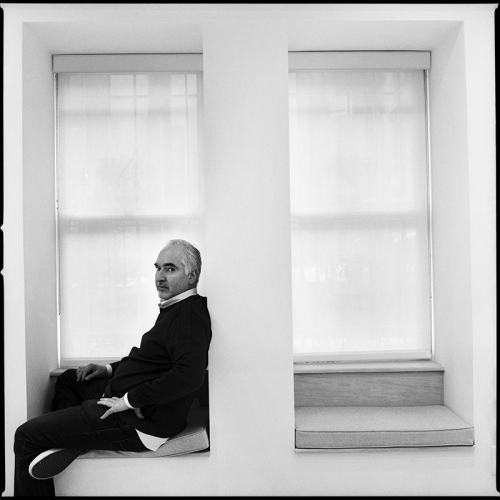 I started the gallery in 1986 (the heart of the Reagan era)  in Washington, D.C. I responded to a real estate listing in the back of The Washington Post for free gallery space in exchange for managing the building. The "gallery space" ended up being an entry area at an hourly hotel, but it was "a" space and it was "a" start.

I had work experience—though none in commercial galleries—but I had this compulsive need to start a gallery that told a story of art in a way I thought needed to be told. I had done some art criticism during and after college and had written my thesis on Stephen Shore, a then-young color photographer whose work I was obsessed with and with whom I shared a preoccupation with cultural evolution.  My own interests were focused on the countering theories of individual selection and group selection. I wanted the gallery to explore how these conflicts arise when mutually exclusive instincts drive individual creativity on the one hand and collective discourse on the other.

“Lifestyle collecting”, a term conceived in the nineties, has realized its natural progression in Instagram, fed by the constant inclination to share images of art one owns, admires, desires, or wants to sell. ​
—Franklin Parrasch

Initially the gallery showed work from the studio furniture movement, which in an active way meshed with my interests in group selection and collective creative processes. The work had the "feel" of installation art (which is what hooked me in) and I wanted to show it in a way that translated that feeling. At their core, these ideas are the driving philosophical arguments the gallery is essentially about, but in the reality of a commercial enterprise there is a more materially present product required to reflect those arguments. When I met up with Ken Price in 1993, I found an artist whose work embodied the gallery's conceptual purpose—it was all there crystallized in his art.

Price was a galvanizing figure among artists in Los Angeles, where there had long been a constant struggle for recognition consistent with that of their New York counterparts. But the LA environment, especially within a sphere of artists whose careers began in the 1960s, was extremely tight-knit and embodied the spirit of group selection survival. Throughout the 1990s and early 2000s, the gallery became identified, mostly by association, with Los Angeles, and specifically with artists of Price's generation, though geographic identity was never the intent.

In the past three decades the industry itself has chronically morphed and undergone profound cultural and economic change. The internet and email, and later, social media, are the most obvious innovations. Various art market analysis sites such as artnet began an era of transparency that would define an inclusive environment for valuation and expand markets exponentially. But also the cultural attitudes toward collecting have been in a constant state of flux. "Lifestyle collecting", a term conceived in the nineties, has realized its natural progression in Instagram, fed by the constant inclination to share images of art one owns, admires, desires, or wants to sell. Art fairs dictate the gallery's public identity more than exhibition programming simply because of the concentrated volume of exposure. That's not an ideal situation for either the collector or the gallery but it's an outcome of an attitudinal shift in collecting that seems to be here to stay—at least for now.