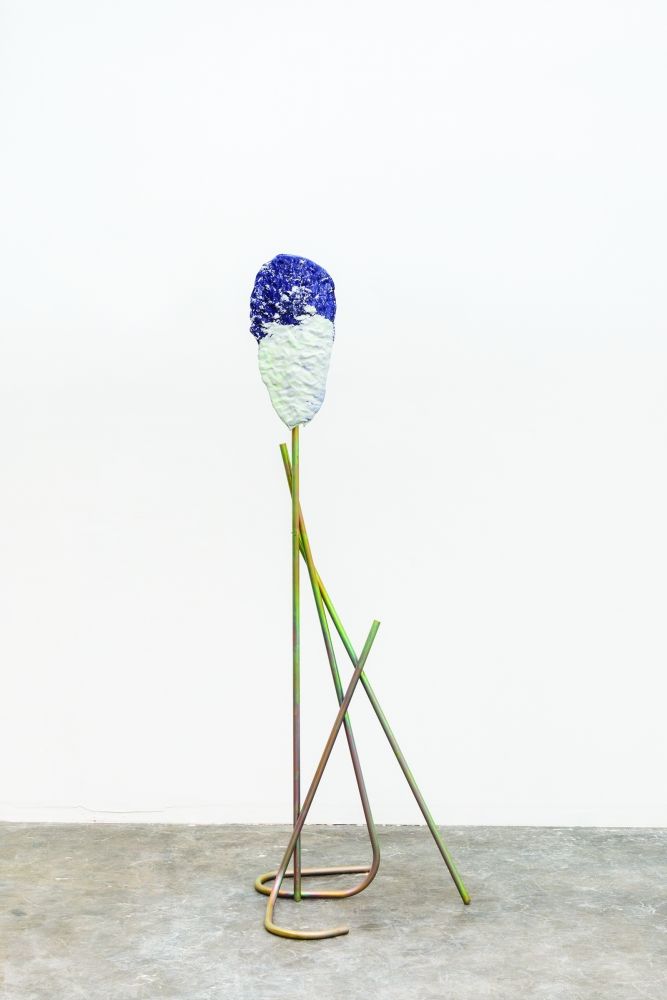 The wishlist of most artists, and gallerists, is a simple one: More space. Cheaper rent. Vibrant community. Cultural underground.

Detroit offers just such an arts ecosystem. So it’s not so surprising that the contemporary art world has turned its spotlight to the culturally thriving industrial center (even if the promise of cheap rent can be deceptive and complicated). The city proper, and the region that surrounds it like a suburban moat, has quietly carved out a place for itself even when few were paying attention. From international acclaim for street art festivals to prestigious art education institutions like Cranbrook, the infrastructure to support an art community has only grown stronger since the days when massive homegrown auto companies like Ford were bank rolling some of Diego Rivera’s most controversial work. Like the city itself, however, the local arts scene here operates on its own wavelength entirely. One of the best art events in Detroit is a weekly meeting of artists inside of a coney island, who auction off and critique each other’s work. Galleries like What Pipeline and bahamas biennale set an artistic agenda all their own.

The gallery landscape—growing alongside a robust mix of young artists and collectors new and established—means there are more incoming flights of artists to Detroit than outgoing.

It’s a mix of homegrown talent and international attention that has created a “watershed moment” for Detroit, says Independent co-founder Elizabeth Dee. “I think it began in some ways with the great Susanne Hilberry, who created a really strong conversation around emerging artists,” says Dee, who is originally from the Detroit area. “That’s being carried on by galleries like Reyes | Finn, who continue to break new ground and show new art.” In many ways, says Dee, the ethos that runs throughout the DNA of the Detroit art scene matches up molecule by molecule with Independent.

“There’s going to be a nice contingent at the fair representing Detroit as a creative hub—as a place not only that galleries are choosing to call home but artists are also choosing to call home,” says Dee. “That links to a larger cultural shift that we’re seeing where Detroit has been one of the last places of avant-garde culture in America. It’s thriving right now as a place of experimentation.” In presentations for Independent 2019, Chapter NY will be showing work by Adam Gordon, who lives and works in Detroit. His multi-disciplinary practice focuses “on the framing of personal experience” through investigation of the underbelly of the banal. Morán Morán will present three humanoid-like floor sculptures by Danish-born, Detroit expat Anders Ruhwald, which go outside his typical practice as a ceramicist to include eerie steel elements.

Using the mentality of “art first, market second,” Dee says there are opportunities to see where we’re heading on a larger global art stage by highlighting what’s happening in Detroit. “It’s great to highlight Detroit as a touch point for New Yorkers who aren’t connecting the dots about where artists are choosing to live and work, and how significant it can be to follow them,” says Dee “We’ve always been forecasting the future. Where is culture moving? Where are artists moving? Should galleries move in tandem with them? And how can fairs support these secondary city art markets with a platform that can provide them with a global audience?”

One of the best representations of the diversity of artists coming out of Detroit at this year’s Independent will be courtesy of Reyes | Finn, a gallery which brings together a talented duo: Terese Reyes, the former director of Marlborough Contemporary, and Bridget Finn, who previously served as a director of Mitchell-Innes & Nash’s contemporary programming. They will open a new space in Detroit proper in March.

“What I try to think about is what the artists I’m working with need,” says Finn, who left New York to return home to Michigan to partner on the new project — an example of the emerging New York-to-Detroit art world pipeline. “Usually, it’s space to work,” she adds. “It’s being able to fund their own practice. It’s help with research, depending on the practice they have.”

Finn says that in Detroit, and throughout the state of Michigan, those goals are more accessible. “It’s political and interesting to sell artwork here,” says Finn. “We can support artists that are here and help fund their practice and keep it in the city, as well as bring in artwork that is part of this larger dialogue. For me, it’s really exciting to be here.” That’s represented well in the collection of artists Reyes | Finn is exhibiting at Independent. Alongside the socially-charged work of Nikita Gale, who recently had her work acquired by the Pérez Art Museum Miami, Reyes | Finn will show work from Detroit-born artist Maya Stovall as well as a duo of artists that represent the art education infrastructure in metro-Detroit — James Benjamin Franklin and William Marcellus Armstrong, who both came to Michigan to study at Cranbrook and ended up staying after graduating.

“We’re treating Independent as an announcement for what you’ll see in the gallery if you come visit us in Detroit,” says Finn.

Ryan Patrick Hooper regularly covers the arts and culture scene of Detroit for the Detroit Free Press and is the producer and co-host of CultureShift on 101.9 WDET Detroit's NPR station.